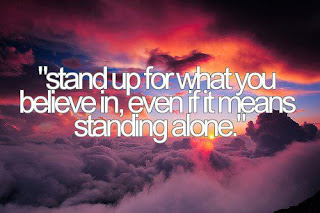 Our Campaigns - Candidate - Sharon Anderson
Disclaimer;  GOT IN THIS POLITICAL RE TAKING OUR
CHILDRED FAMILY COURT, TAKING OUR REALESTATE,CORRUPT
JUDICIALRY DENYING DUE PROCESS, RULE OF LAW. 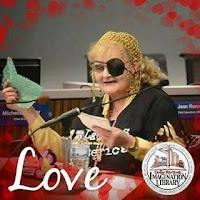 Sharon Learned about Law and Computers. Exposing Government Misconduct re QuiTam Relator.e. Her professional experience includes being a political activist.[1]
​​SAFETY: We pledge to make public safety ,Ethics in government . Fair Housing,Realestate Equity Skimming,Quiet Titles,
Magner v. Gallagher
No. 10-1032 In the Supreme Court of the United States STEVE MAGNER, ET AL., PETITIONERS v. THOMAS J. GALLAGHER, ET AL
QUESTIONS PRESENTED
1. Whether disparate-impact claims are cognizable under Section 804(a) of the Fair Housing Act, 42 U.S.C. 3604(a). 2. Whether the court of appeals correctly applied a burden-shifting framework in analyzing respondents’ disparate-impact claims.
HIPAA Penalties Change Under HHS Notice of Enforcement Discretion | Workplace Privacy, Data Management & Security Reportenhancing
citizen/community relationships with police, fire, and other city departments.
RESPONSIBLE: We believe city officials must be accountable to all citizens—including persons of color, seniors, persons with disabilities, low-income residents, immigrants, and refugees—and that they must be fully engaged to the public, not parties, and must respond to citizen concerns in a timely and nonpartisan fashion.
2. What would be your top three priorities if elected?
i.  ALL HOUSING ISSUES;
Kelo Eminent Domain - Institute for Justice
ii.  TAX REFORM,RULE OF LAW,DUE PROCESS
Ritchie Capital Management v. JP Morgan Chase & Co., No. 18-1130 (8th Cir. 2020) :: Just
The Ritchie entities filed suit seeking to recover millions of dollars they loaned Tom Petters, a convicted fraudster, and two of his
iii.  HEALTH AND HEALING   Humble Thans to Sen Karin Housley Fight exposing Covid19 Nursing Homes

It is incompresenable the DFL GOV.Waltz promotes Riots,Looting, thousand re George Floyd yet denys Dying Patients the Right of Relatives to Visit.

www.cbsnews.com › news › george-floyd-death-911-tr...
May 29, 2020 - Floyd, 46, died after a police officer kept his knee on his neck for several minutes while Floyd cried out that he couldn't breathe, an incident caught ...

3. How would you characterize the business climate in the East Metro and what role do businesses play in supporting quality of life issues in East Metro communities?
How would you characterize the business climate in Saint Paul?
Average Please read Frank Steinhauser Letter FROM 2017 We did not settle Sharon.......we walked away with nothing st all.Back in 2008 when we won our appeal at the 8th Circuit we were supposed to come back here and get a jury trial. Instead of that the Judge let the other side make a motion for Summary Judgment again which is against the court rules. What they wanted was for the individual inspectors to be out of the lawsuit. Rather than incur legal fees we agreed to it because we thought it would get us to trial faster. Then instead of trial the Judge ordered us to go to mediation and that went no where but it did cost us Attorney fees for a day of time. The the Judge delayed the case until the outcome of "Inclusive Communities was decided. When that got decided (which helped us) the Judge then ordered us to go to mediation with a retired Judge. This time it cost us $500.00 an hour plus our Attorney fees for the day. We didn't settle then either so the Judge just put us on hold again till last month and then he said he was going to let the city have another shot at Summary Judgment again. No matter who won that it would have went back to the 8th circuit for an appeal and if the city lost they then would have went back to the Supreme Court again. We didn't have enough money to finish this thing so we just walked away to be able to keep what money we had left. They would have just kept going with one thing or another with their bought and paid for courts and judges till we were broke and we would be in the same place we are now. They did not want a trial because they knew we would win.Frankhttp://oversight.house.gov/wp-content/uploads/2013/04/DOJ-St-Paul.pdf
House Committee on Oversight and Government Reform Correction
https://www.nationalbcc.org/images/stories/DOJ-St-Paul.pdf

HUD Sued for Records of Obama Administration Involvement in Controversial St. Paul, MN, Housing Discrimination Case | Judicial Watch
(Washington, DC) – Judicial Watch announced today that it filed a lawsuit (Judicial Watch, Inc. v. United States Department of Housing and Urban Development (No. 1:12-cv-01785)) on November 2, 2012, in the U.S. District Court for the District of Columbia against the U.S. Department of Housing and Urban Development (HUD) to force compliance with an April 4, 2012, Freedom of Information Act (FOIA) request for documents relating to possible collusion between the Obama administration and the city of St. Paul, MN, in withdrawing a “disparate impact” appeal pending before the U.S. Supreme Court. HUD has refused all JW FOIA requests for public records, even after JW paid in advance for the information.
4. What role do you think the State should have in attracting and retaining jobs, and what steps would you take to solicit new businesses to and retain existing businesses in the East Metro?
Open up, Question whether the Virus Covid 19 was a DFL HOAX.
5. Do you support any specific employment-related proposals (such as minimum wage, sick time, or mandatory scheduling notice)? If so, what steps would you take to understand the impact of an ordinance on the many types of businesses in the east metro and how would you define any exceptions to those policies?
Againt Tenant Remedies, What Landlord wants to do business in State of MN/26. What is your strategy to address public safety, transportation, and housing issues?
fULL DISCLOSURE All Commens in Cities, Counties, Court Actions Published for Public Scrunity.7. What are your priorities for the State’s budget? Are there any services currently provided by the State that you believe should be expanded, cut back or eliminated? Are there new opportunities to share services with other entities?
State of MN IS A NANNY STATE, ELIMINATE LOCALGOVERNMENT AID If in Fact George Soros, Anifa funded the Organized Riots. Looting,Riots,Criminal Prosuctions must follow.8. What will you do to expand your district’s tax base? Citizens are overbrdened. Eliminate Taxes, LGA.9. How will you work with K-12 and post-secondary educational institutions and businesses to ensure our region develops and retains an educated workforce?
Working at Home, Parents must do HomeSchooling, After this Shelter In Business, Educatilon will never be the Same,10. What is the role of the State in fostering increased minority- and women-owned businesses?
Minority and Women Ownened Business already have Equal Treatment 11. What further policies can the State of Minnesota adopt to help the business community recover from the COVID-19 pandemic?"
Wait and See, DFl Memorilizing Black Meth Head George Floyd is Bizzare,12. Is there anything else you would like to share with voters not covered above
Republican President Donald Trump will go down in History as the Greatest Amerrican President. Semper Fi HOOOOOOOOORAAAAAA

Posted by Sharon4Anderson at 7:01 AM 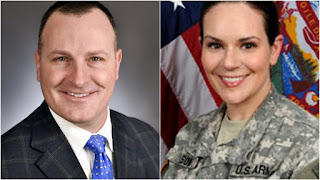 Posted by Sharon4Anderson at 3:14 AM

https://candidates.sos.state.mn.us/
Sun26Jan2020
AFFIANT hereinafter Sharon4USA born on her Mothers Birthday, currently if Death or further Disability occurs, will die with Documents
.When we help I illegal Realestate,taxes, We help all others.
On the Graves of our Heritage,
The Power of One re ABC VS ALPHA OMEGA. Filed4StateSenate64.

AFFIDAVIT OF CANDIDATE SHARON ANDERSON  QUI-TAM RELATOR
The City of Saint Paul is committed to ensuring every Saint Paul resident fully realizes fair housing. The Department of Human Rights and Equal Economic Opportunity has made available frequently asked questions for renters rights during the COVID-19 pandemic. The FAQs are available in multiple languages. Residents can also contact HREEO if they have questions about their rental rights or believe they have been discriminated against. More information is available at www.stpaul.gov/humanrights.
COUNT I TITLE 18USC. 1964

Wilful neglience by the State and State AG to Abate,Quiet Titles,Restitution etc.
codes.lp.findlaw.com/uscode/18/I/96/1961Cached - Similar FindLaw provides 18 U.S.C. § 1961 : US Code - Section 1961: Definitions for Lawyers, ... (B) any act which is indictable under any of the following provisions of title 18, ... the Commonwealth of Puerto Rico, any territory or possession of the United ... Federal law in whole or in part as to principal or interest because of the laws ...
QUESTIONS  COUNT II  MS 609.43
https://www.revisor.mn.gov/statutes/?id=609
Has the City St.Paul put the Taxpayers "atmajor financial risk"  YES
COUNT II I                     Is Eminent Domain a Civil Rights Issue: in sharons RealEstate   YES
Mandating Grand Jury Investigations_ Ramsey Co. Attorney John Choi to Trigger Civil and Criminal Investigations into this Matter USSC:10-1032 titled LandLords ie: Steinhauser vs. City St.Paul et al_Magner who lives in Stillwater.
http://volokh.com/2011/08/12/us-commission-on-civil-rights-hearing-on-the-impact-of-eminent-domain-on-minority-groups/
COUNT IV
Humble Plea to Candidates: specifically City Attorney_School Board Candidate Louise Seeba  Lead Counsel  to post on St.Paul City Attorneys Web Site all LawSuits,pdf files
similar to www.sharon4anderson.org
Submitting for Public Policy,Education, under Construction
Andersons Primer ABC -America,Anderson,Actions,vs B4Bidens,Busuri,BadBehavior,vs C4Constitution,Christians,Candidates vs Condemnations,,CarterFamily,ChrisakaColeman,Samuel,Norm,Tolbert,Complicit,Council enbanc,County enbank,Courts,enbanc,Charter,ChairakaTom Perez,VCKen Martin,

Property taxes must be paid, and it’s legal for governments to take property to pay an outstanding debt. But the government shouldn’t keep any more money beyond what’s owed. The rest is your property: home equity that you’ve worked hard to 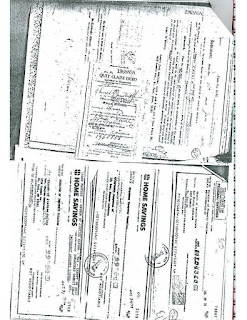 “We have reason to believe that the Obama administration improperly and successfully pressured St. Paul city officials to take the extremely rare action of withdrawing an appeal to the U.S. Supreme Court,” said Judicial Watch President Tom Fitton. “The Obama administration and its liberal activist allies are desperate to protect their ability to use the discredited ‘disparate impact’ legal standard in lawsuits in order to shakedown businesses and reward allies.” 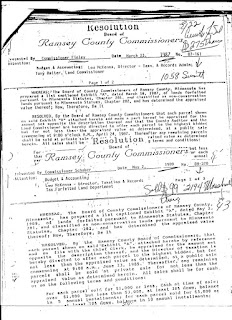 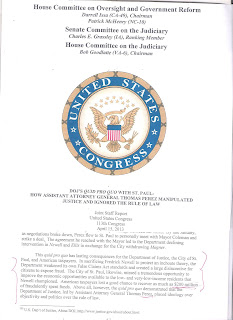 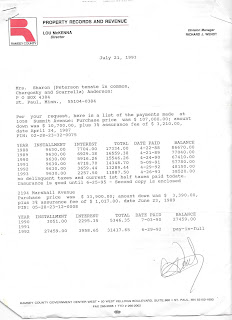 Posted by Sharon4Anderson at 8:19 AM 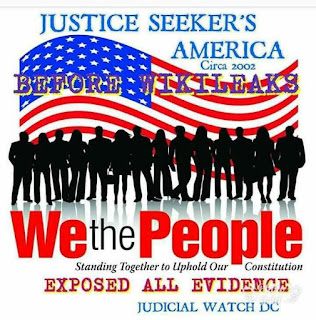 THE STRAW THAT BROKE THE CAMELS BACK PUN INTENDED
WE WILL SEE WED.22NDJAN2020 CITY ST.PAULDFLCOUNCILAENDA AND IMPEACHMENTS BRIEFS SUBMITTED TO SENATE 4 TRIAL.
Sharons_CRA
RICO Complaints techinally alotydtoImpeachmentBriefs. links below.

Replying to
@realDonaldTrump
I’m voting for you in 2020, President Trump. In California, democrats tax our water. In Virginia, democrats come for our guns. In New York, democrats give illegal aliens driver’s licenses. I’m against this radical democrat party, who puts American citizens last. #Trump2020

NY Post: ‘Profiles in Corruption’ Reveals How ‘Biden Five’ Made Millions Off Ex-VP's Connections.
The articles of impeachment accuse Trump of abuse of power and obstruction of Congress for pressuring Ukraine to investigate his political rival, former vice president Joe Biden, while withholding $391 million in military aid. The White House then directed aides and agencies to defy subpoenas for testimony and documents during the inquiry.

fundamental right. As the Supreme Court has instructed: “[F]or an agent of the State to pursue a course of action whose objective is to penalize a person’s reliance on his legal rights is ‘patently unconstitutional.’”15 The same principles apply in impeachment. During the Clinton impeachment, Harvard Law Professor Laurence Tribe put it this way: The allegations that invoking privileges and otherwise using the judicial system to shield information . . . is an abuse of power that should lead to impeachment and removal from office is not only frivolous, but also dangerous.16 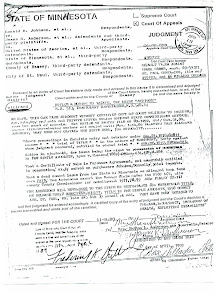 Canvass Board 2016MN by Sharon Anderson on Scribd 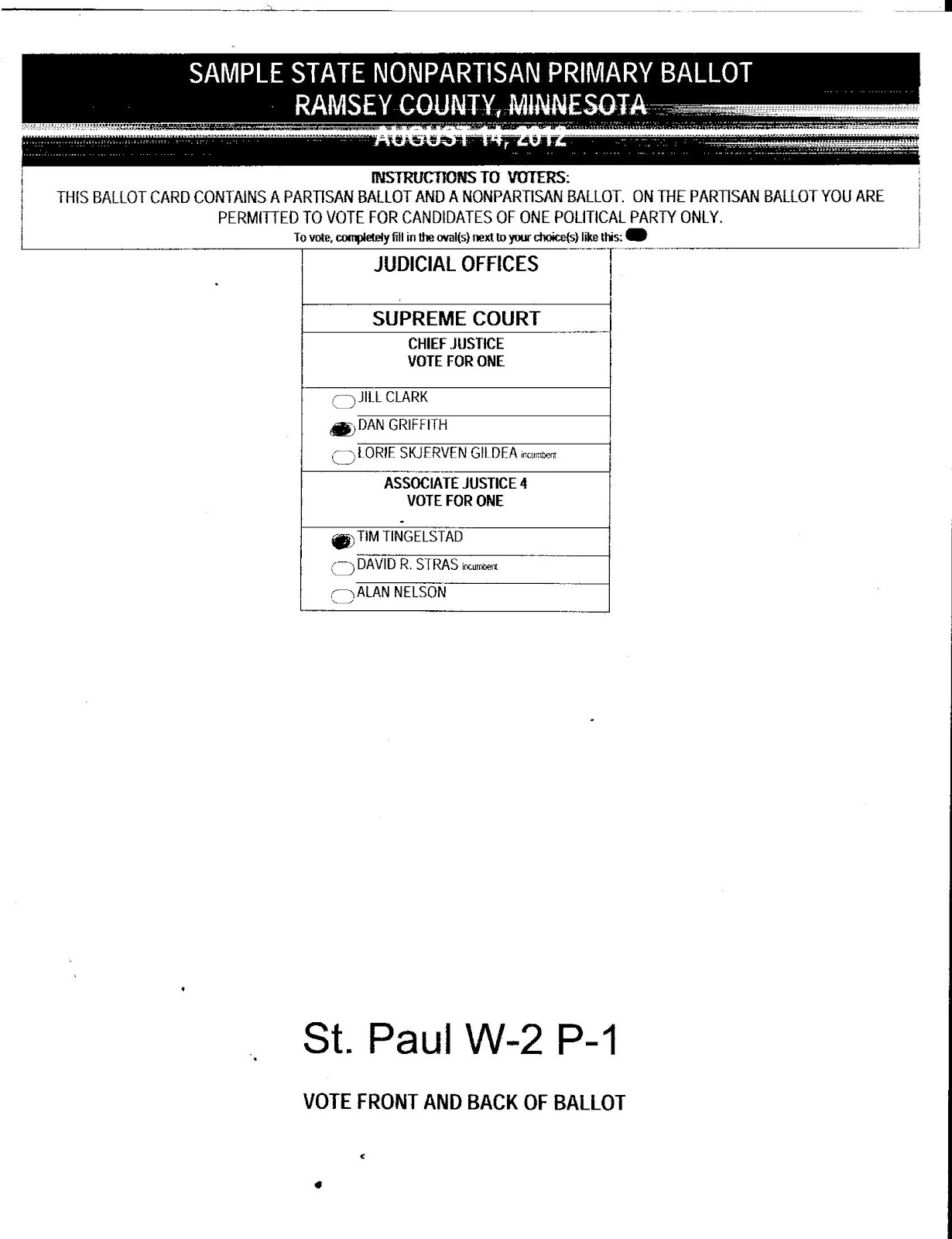